I know you’re out there somewhere
Somewhere you can hear my voice
I know I’ll find you somehow
Somehow, somehow

I Know You’re Out There Somewhere by English 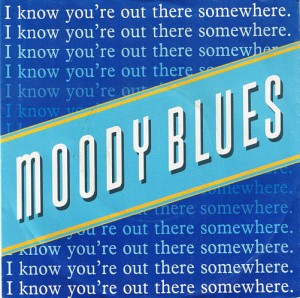 progressive rock band The Moody Blues was released on May 23, 1988, with Miracle as the B side. The song was a single from the album Sur La Mer.

2 thoughts on “80s Song of the Day: I Know You’re Out There Somewhere by The Moody Blues”