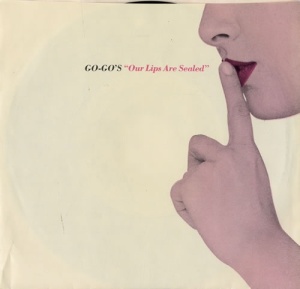 Our Lips Are Sealed by The Go-Go’s was released June 12, 1981, with Surfing and Spying as the B side. It was the first single from the band’s debut album, Beauty and the Beat.

Watch the official music video for the song.