There’s more to me than you’ll ever know
And I’ve got more hits than Sadaharu Oh
Tom Thumb, Tom Cushman or Tom Foolery
Date women on TV with the help of Chuck Woolery 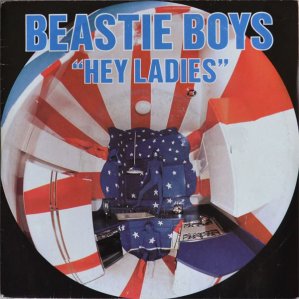 Hey Ladies by the Beastie Boys was released on July 25, 1989, with Shake Your Rump as the B side. It was a single from the album Paul’s Boutique.

The song, the only charting single from Paul’s Boutique, reached No. 36 on the Billboard Hot 100. It was the first single in history to chart in the Top 20 on both the Billboard Hot Rap Singles and Modern Rock Tracks charts, hitting No. 10 on the former and No. 18 on the latter.