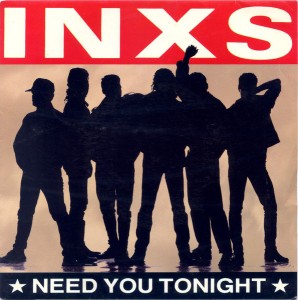 Need You Tonight by INXS was released on September 23, 1987, with I’m Coming (Home) as the B side. It was the first worldwide release from the album Kick.

The song was the band’s only No. 1 hit in the United States. In the United Kingdom, it only reached No. 58 on the UK Singles Chart when it was originally released; after it was re-released there in November 1988, it went all the way to No. 2.

Watch the song’s music video, which won 1988 Video of the Year at the MTV Video Music Awards.