Shake It Up by The Cars was released November 9, 1981, with Cruiser as the B side. It was the first single from the band’s album of the same name.

The song was The Cars’ highest charting Billboard hit at the time, peaking at No. 4 in early 1982. In 1984, the single Drive would climb a notch higher to No. 3.

I’m a sucker for picture discs, and The Cars released some really cool ones for their singles. Next on my list to add to my collection is this Shake It Up 7″ picture disc released in the United Kingdom in 1982. It was released in two color combinations, depending on your mood – black and orange, and pink and gray. 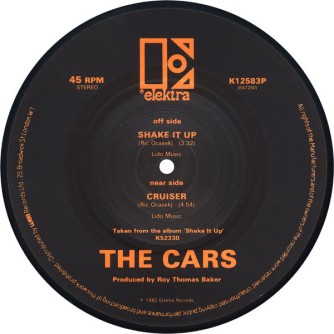 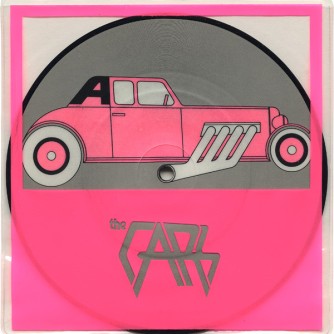