Thriller by Michael Jackson was released as a single in the United States on January 23, 1984, with a live version of Things I Do For You by The Jacksons as the B side. It was the final single released from Jackson’s album of the same name. 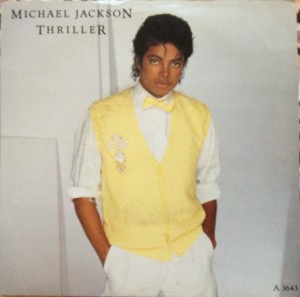 Thriller was Jackson’s seventh and final Top 10 single from the Thriller album, peaking at No. 4 on the Billboard Hot 100. It was also a Top 10 hit in several other countries around the world.

The horror-themed music video for Thriller was directed by John Landis and clocked in at over 13 minutes long. It first aired on MTV on December 2, 1983.