Misunderstanding by Genesis was released in the United States on May 10, 1980, with Evidence of Autumn as the B side. It was a single from the band’s tenth studio album, Duke. 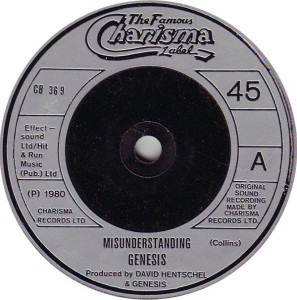 Misunderstanding was originally written by Phil Collins during the production of his debut solo album, Face Value. It ended up being donated (along with Please Don’t Ask) for Duke.