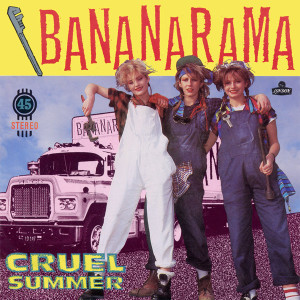 Cruel Summer by Bananarama was released in the United Kingdom on June 27, 1983, with Cairo as the B side. It was a single from the album Bananarama.

The song reached No. 8 in the United Kingdom. Its inclusion in the 1984 film The Karate Kid ignited the song’s international success (the group did not, however, allow the song to appear on the film’s soundtrack). Cruel Summer reached No. 9 on the Billboard Hot 100 in 1984, becoming Bananarama’s first Top 10 hit in the States.

Watch the music video for the song, which was shot in New York City in the summer of 1983.