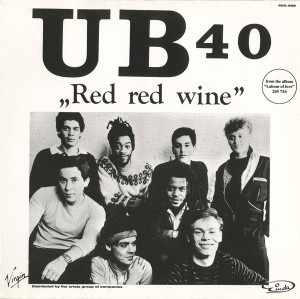 Red Red Wine by UB40 was released August 20, 1983, with Sufferin’ as the B side. It was a single from the band’s cover versions album, Labour of Love. The song was written and originally recorded by Neil Diamond; however, according to UB40, they were only familiar with Tony Tribe’s version of the song.