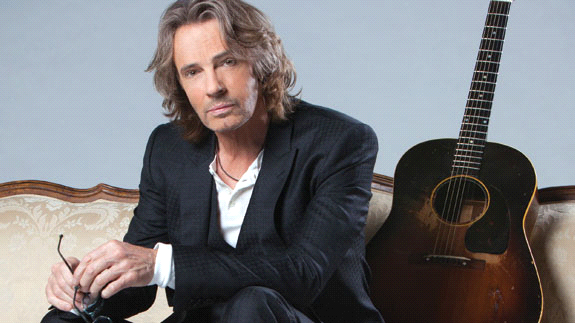 I’ve been a fan of Rick Springfield since he was climbing the charts with Working Class Dog and charming the pants off of nurses as Dr. Noah Drake on General Hospital. And even though I was lucky enough to meet him (and get a photo and an autograph) in 2010, when he was promoting his autobiography Late, Late at Night: A Memoir, I had never had the experience of seeing him in concert. END_OF_DOCUMENT_TOKEN_TO_BE_REPLACED

Debbie Gibson‘s Electric Youth Tour was one of my first concerts and the first one I went to unchaperoned. My best friend and I, 16 at the time, got tickets for the Philadelphia stop slated for August 1, 1989 and waited anxiously all summer for the date to arrive. We were huge fans of Debbie’s since Out of the Blue – we listened to her albums (on cassette, of course), had Electric Youth perfume on our dressers, and would have worn hats just like Debbie if we had any prayer of pulling it off.

Debbie embarked on the Electric Youth tour in 1989 to promote her second album of the same name. The album produced four singles, including the No. 1 hit Lost in Your Eyes. END_OF_DOCUMENT_TOKEN_TO_BE_REPLACED

Cyndi Lauper‘s She’s So Unusual was one of my very first albums, and the Fun Tour that supported it was my first concert. Cyndi’s first major headlining tour lasted from November 1983 through December 1984, covering North America and three stops in Europe.

I saw the September 6, 1984 show at the Mann Center for the Performing Arts in Philadelphia. Philly natives The Hooters opened for Cyndi. Because I had actually seen her in concert, I was elected president of my town’s unofficial chapter of the Cyndi Lauper Fan Club, which consisted of me and about four of my friends. I took my duties very seriously at the time (there was a handwritten newsletter and lots of Cyndi buttons pinned on denim), and I still remember that tour living up to its name – just a really fun time with lots and lots of energy. END_OF_DOCUMENT_TOKEN_TO_BE_REPLACED