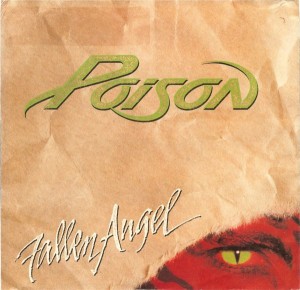 Fallen Angel by Poison was released on July 6, 1988, with Bad to Be Good as the B side. It was the second single from the album Open Up and Say … Ahh!