Ashes to ashes, funk to funky
We know Major Tom’s a junkie 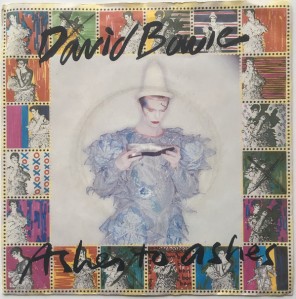 Ashes to Ashes by David Bowie was released on August 8, 1980, with Move On as the B side. It was a single from the album Scary Monsters (and Super Creeps).

The song, which revisits the Major Tom character from Bowie’s 1969 track Space Oddity, was a No. 1 hit in the United Kingdom and a Top 10 hit in several other countries, including Australia, New Zealand, Germany, and Ireland.