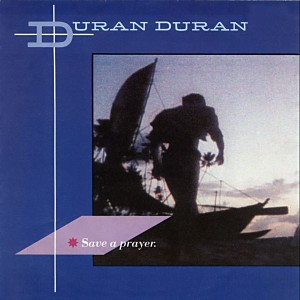 Save a Prayer by Duran Duran was released on August 9, 1982, with Hold Back the Rain (Remix) as the B side. It was the third single from the album Rio.