Kids in America by Kim Wilde was released in the United Kingdom on January 26, 1981, with Tuning In Tuning On as the B side. It was Wilde’s debut single from her self-titled debut album. 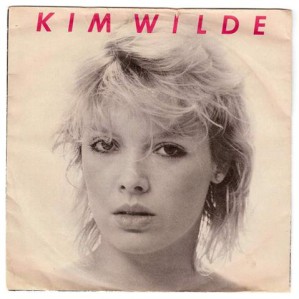 The picture sleeve for the 7″ release of the song

The song reached No. 2 on the UK Singles Chart. It was released a year later in the United States, where it peaked at No. 25 on the Billboard Hot 100.

Kids in America was written by Kim’s brother and her father, Marty Wilde, who was a British rock star in the 1950s.