Oh Sherrie by Steve Perry was released on April 7, 1984, with Don’t Tell Me Why You’re Leaving as the B side. It was a single from Perry’s debut solo album, Street Talk, released while he was still a member of Journey. 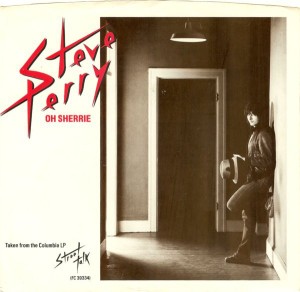 Oh Sherrie was Perry’s biggest hit as a solo artist.