The Heart of Rock & Roll by Huey Lewis and The News was released on April 10, 1984, with a live version of Workin’ for a Livin’ as the B side. It was a single from the band’s third album Sports. 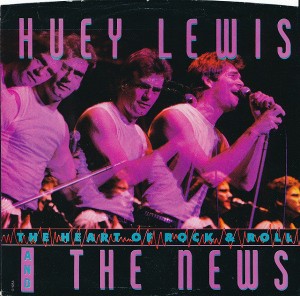 In 1985, the song was re-issued for the Back to the Future soundtrack. Huey Lewis appeared in the movie as a talent show judge.